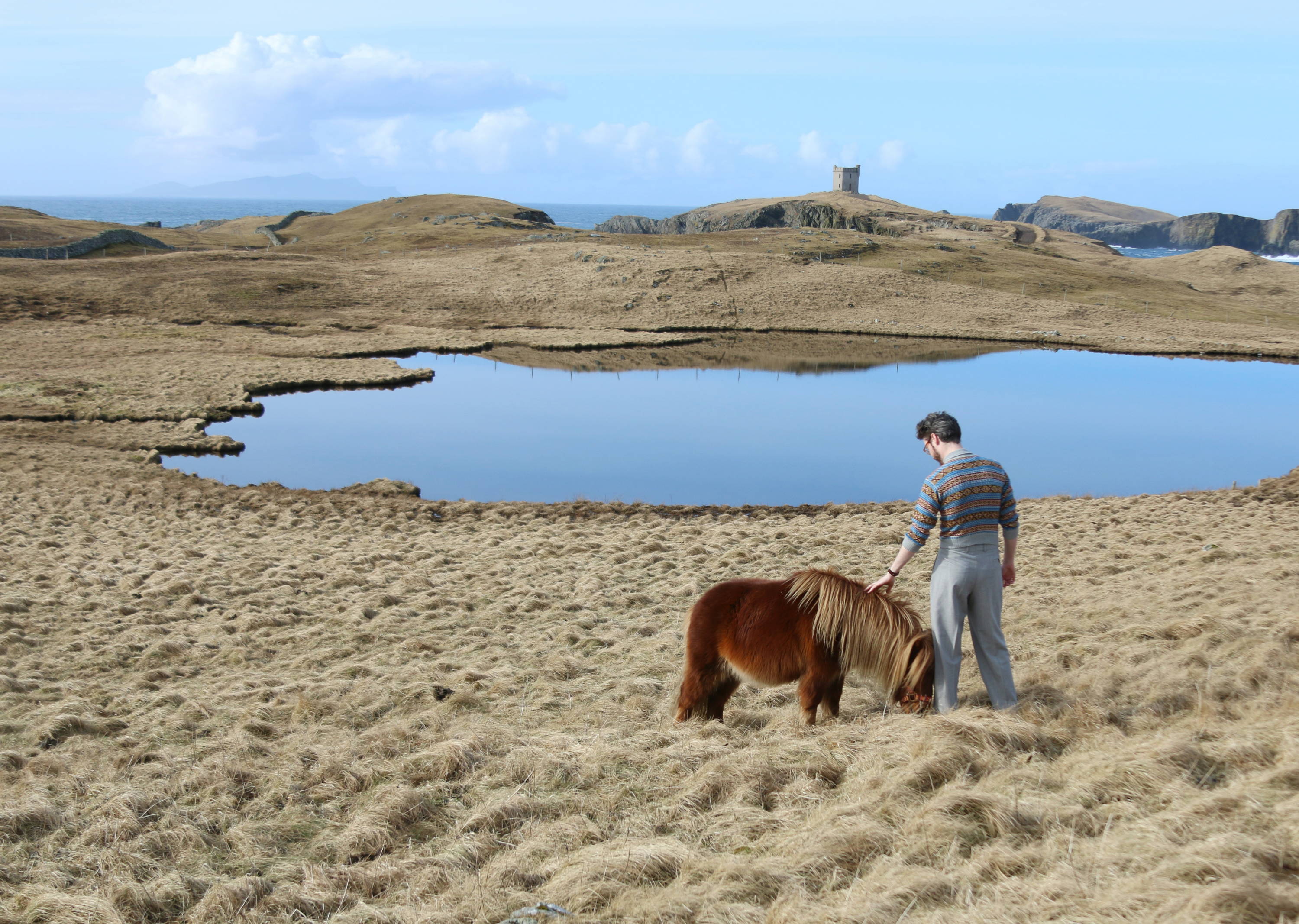 Yule - A Textile Talisman part one

It has taken me a long time to feel distant enough from the difficulties of the last few years, to be able to fully enjoy and revisit The Vintage Shetland Project and the stories and knitwear within it, but finally alongside the release of The Vintage Shetland Project Pattern Book - the newly released e-book containing the 27 patterns from the book - I feel ready to look back and celebrate the most significant creative project of my life.

Over on my instagram feed I've started looking at some of the stand-out pieces in the book and today I will be sharing Yule so I thought I would share a little more of its story here on the blog.

In fact, the story of Yule very nearly remained untold. Much of the book was written and almost ready to be sent off to the printers but the story behind one sweater, Yule, remained elusive.

Despite having knitted up the sweater myself - finishing the last sleeve and the collar whilst staying on the island of Vaila - and having taken the glorious photographs looking out across the loch on Vaila, across the Sound back towards the Shetland mainland, or capturing a glimpse of the peaks of Foula far in the distance - it was looking increasingly likely that this stunning sweater would have to be dropped from the book as there was just not enough to say about it.

So what did I know? 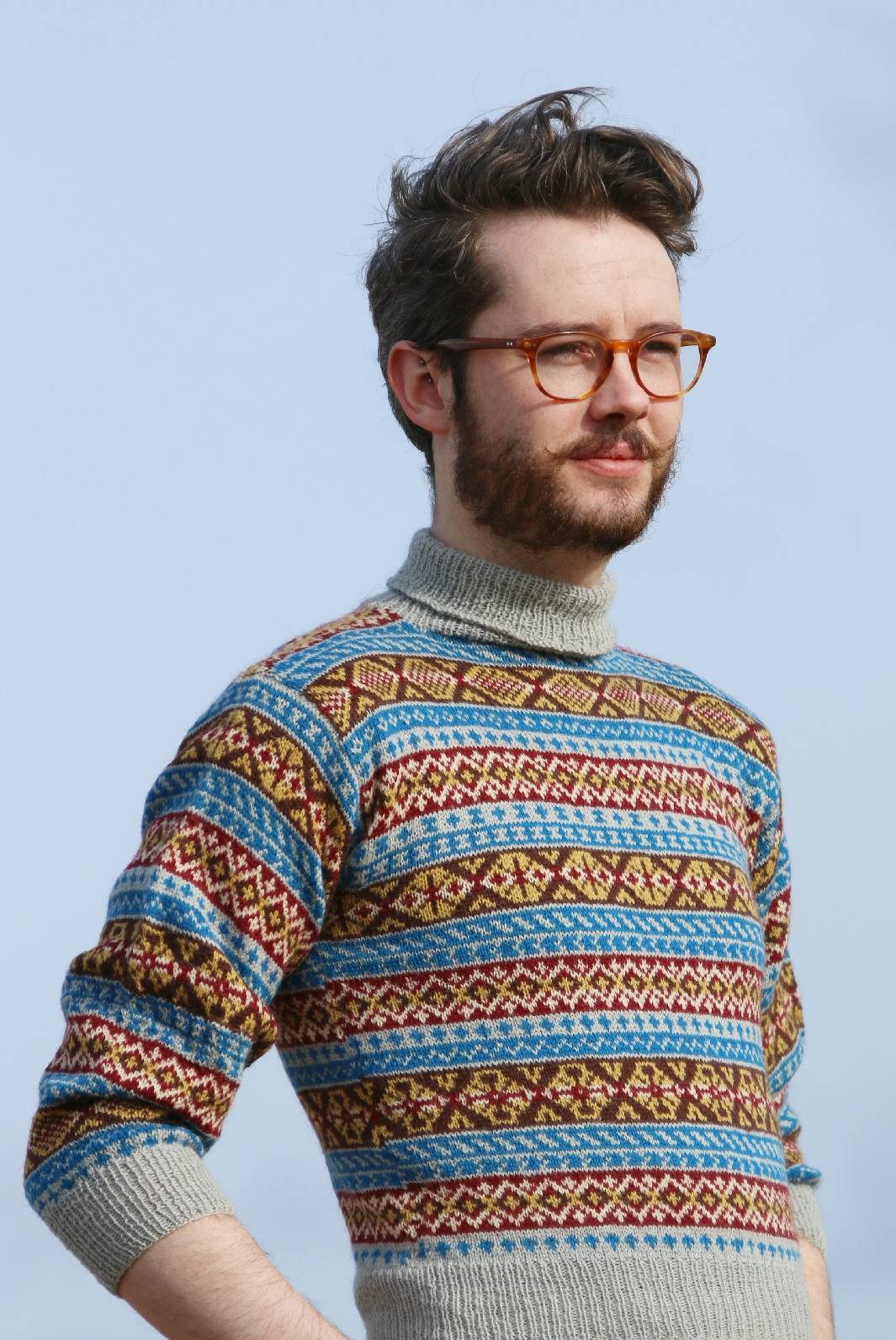 I knew the sweater had been the property of a Doctor Robert Yule from Shetland who had served in the RAF in WWII, but other than that? Almost nothing. My attempts to research him and his connection to his sweater floundered at every turn. The story behind Robert Yule and his sweater seemed determined to remain a mystery. 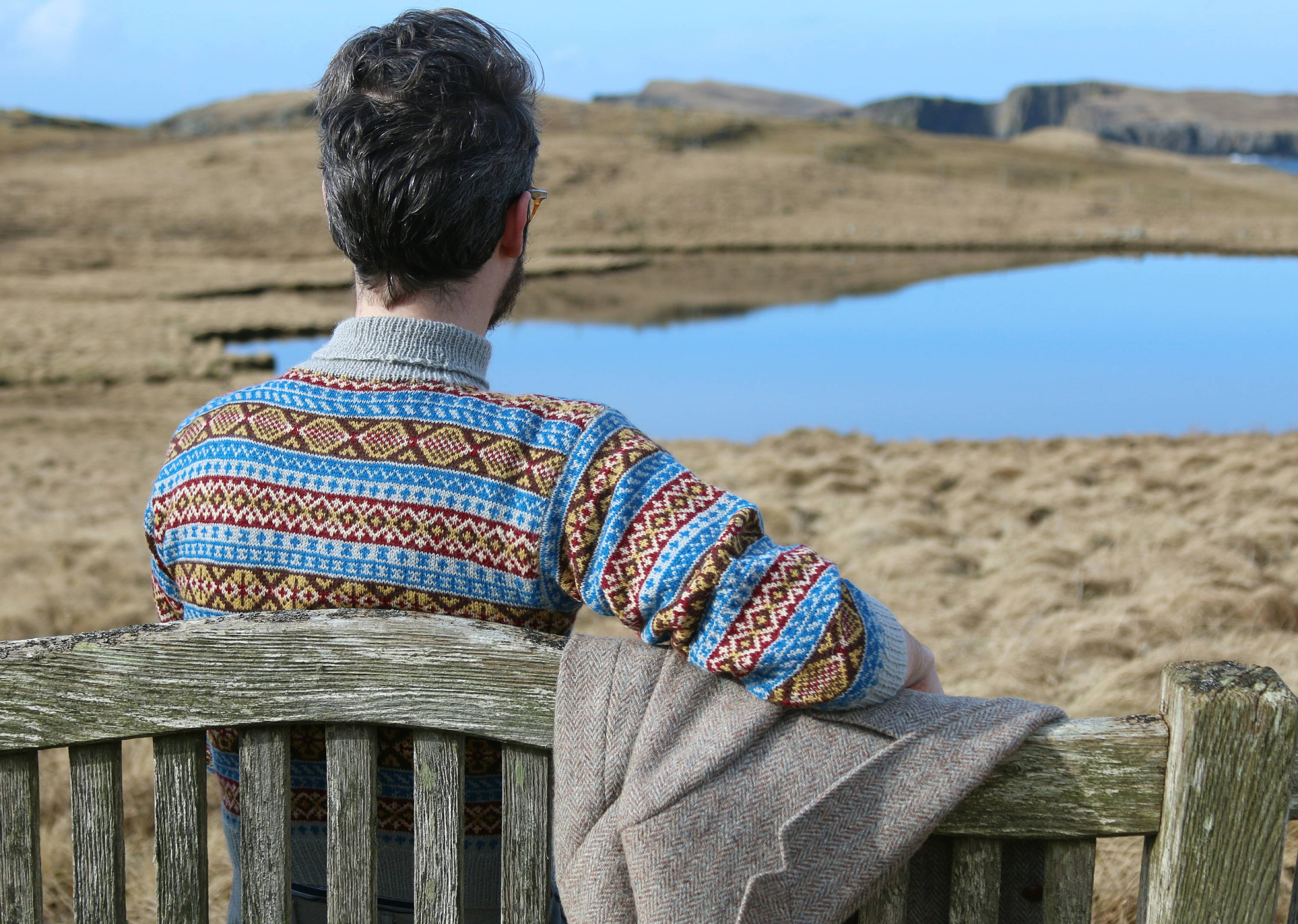 I eventually managed to track down the RAF squadron he had served in during WWII but after contacting their archivist I again hit a brick wall when they advised me that they knew nothing about him and despite having an image of a group of men they thought included Robert, they couldn't tell me which of the men in the photograph was him. My frustration deepened. Whenever I got close his story slipped through my fingers.

Unsure which way to turn, and struggling with returning to writing and researching whilst still dealing with the aftermath of of chemotherapy, surgery and radiotherapy, I had spoken to a friend for advice and suggestions about how to proceed. A chance remark about doctors running in families finally led us to a local newspaper mentioning the recent retirement of a Doctor Martin Yule, who coincidentally had practiced medicine in a town very close to me. At this stage though all I actually had was another name of another doctor about whom I knew nothing and had no idea how to find out more. However the tide was turning. A lucky search on google happened to show a picture of a local amateur orchestra with each of the musicians named. One of these happened to be Martin Yule. What relevance could this possibly have to our search? Well, as chance would have it, I happened to know that the physiotherapist that I regularly visit for scar tissue massage as a result of my mastectomy, was in a local string quartet; and it crossed my mind that she may know other local classically trained musicians; and so, when I arrived for my next appointment, I immediately launched into the story and asked her if she had heard of a Doctor Martin Yule.

"Oh Martin" she replied, "Of course I know Martin. Would you like me to ring him for you?"

At this stage I still didn't know if there was any connection between Martin and Robert but it was an opportunity to good to miss so I eagerly agreed, passing on my phone number in the hope that if Martin did know Robert he would get back to me.

And so I headed home, beside myself with excitement, and waited, hoping that the telephone would ring and within just a few hours it did.

The voice at the other end told me all I needed to know before I had even asked any questions. A man's voice, with the soft Shetland accent that I had come to know so well. "I'm Martin" he said, "Bob was my father". I almost burst into tears of joy. We had finally found Bob.

Martin, his wife Tina, myself and my husband, Gavin, arranged to meet and spent a wonderful morning discussing Bob and the love he had for his jumper - I'll tell you more about that part of the story tomorrow, but in the meantime let me share just one of the many photos and pieces of memorabilia Martin kindly shared with me and allowed me to use to tell Bob's story and his connection to this very special sweater. 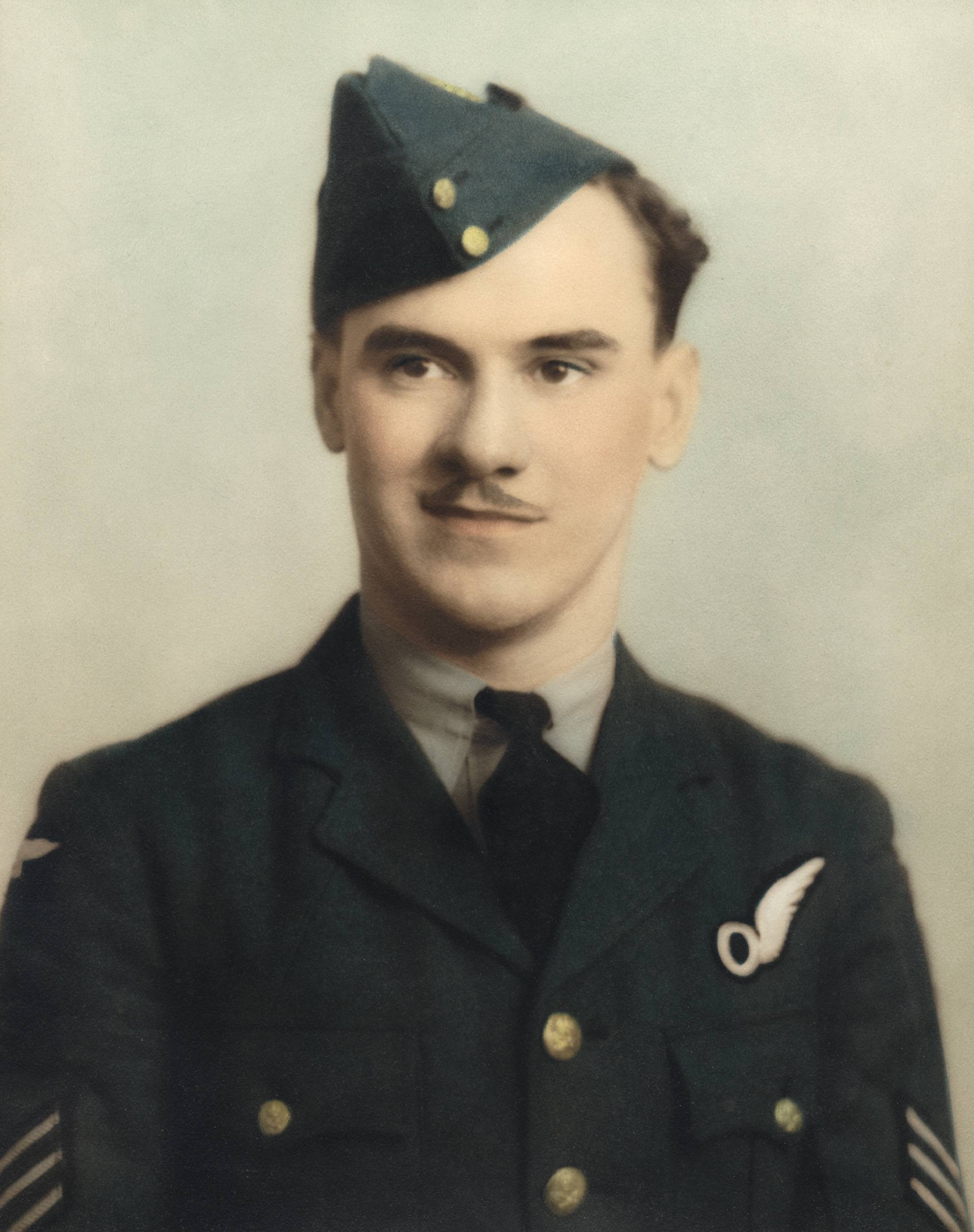 This is Bob, at approximately 21 years of age shortly after joining the RAF in 1942.

You can read this story in full in The Vintage Shetland Project which is available from my website containing the stories interwoven amongst the 27 items from the Shetland Museum featured in the book, along with the patterns to knit all 27 pieces.

If you would just like the patterns from the book, you can now purchase The Vintage Shetland Project Pattern Book - available in e-book format only it provides you with all 27 patterns from the printed book but without the accompanying essays. The e-book is currently available at an introductory price of only £15 until midnight tomorrow!

And finally, if you are interested in knitting Yule, you can now purchase a yarn kit containing all the yarn you need to recreate this very special sweater. The yarn kit uses my beautiful Fenella yarn, 100% British wool created especially for The Vintage Shetland Project. 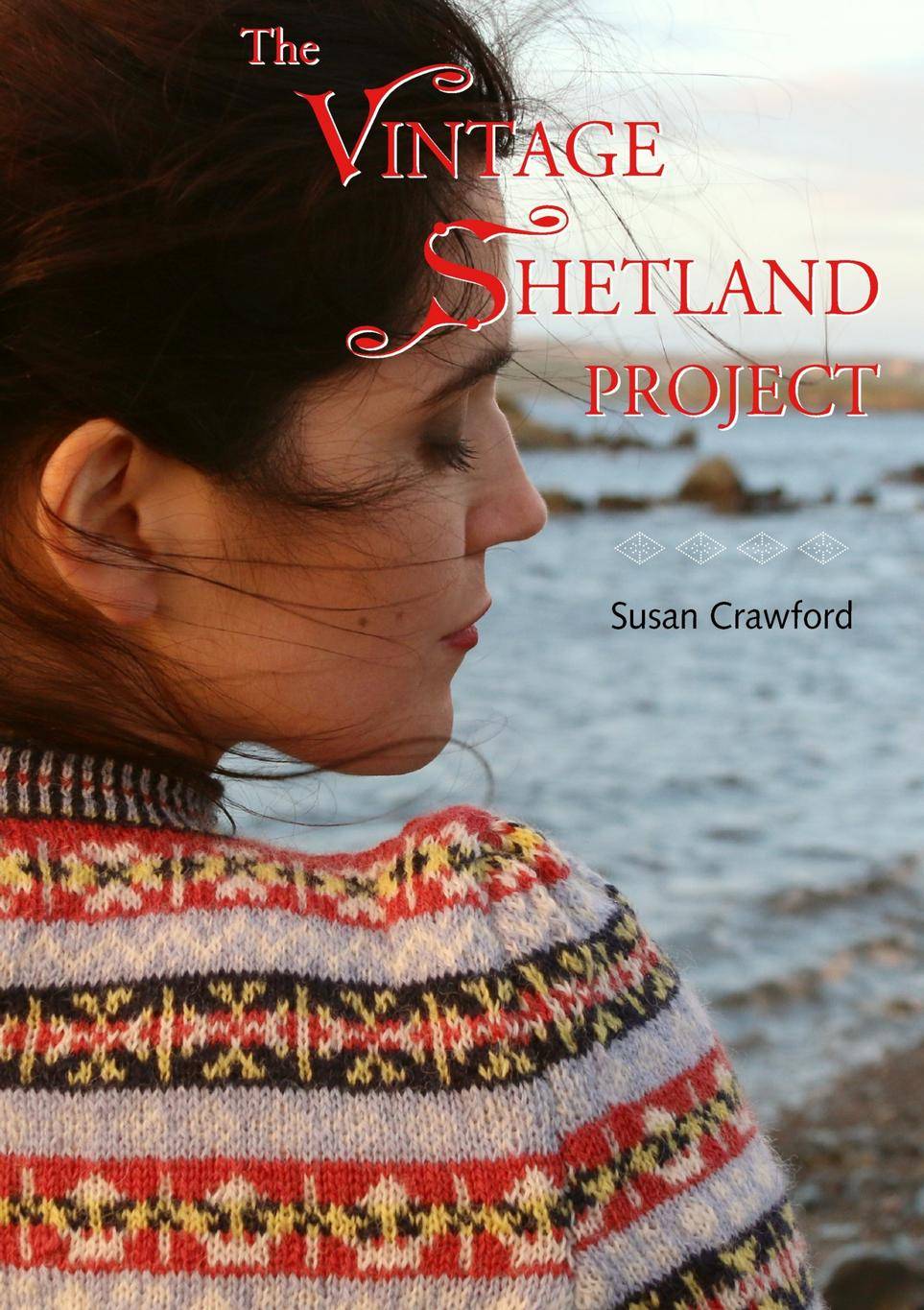